Within the framework of the International Programme for Consumer Protection, in March 2012   «Albert-Kievguma Ltd.» LLC was awarded the distinction mark of the «Award of excellence» by the results of 2011 and received a certificate for the right to use the «Seal of Excellence 2011» for labeling of the produced goods, namely, the «Syringes», that meet the highest European standards of quality.

The «Award of excellence» distinction mark is in the first place on the awareness among the existing quality distinction standards in Ukraine. 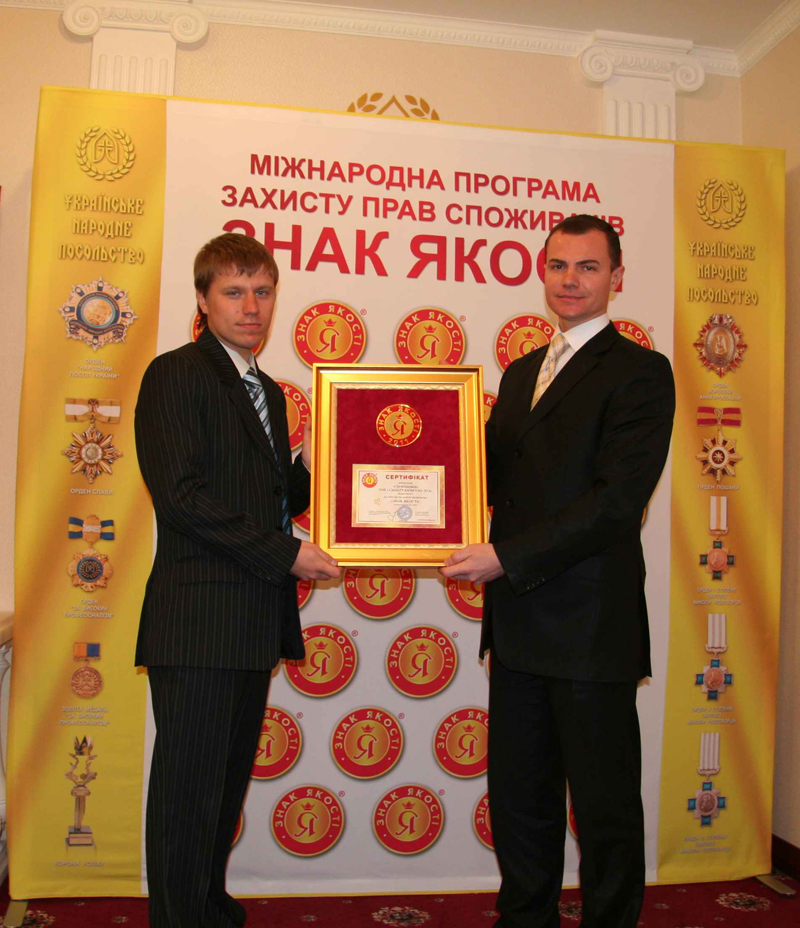